How it all began.

In 1979 two brothers, Randy and Scott Sybert, conceived Sybert Landscaping as a source of income to fund their hobbies.  The company grew from a single pickup truck and Kubota tractor into a full service lawn maintenance and landscaping company serving the southwest suburbs of Chicago.

From its inception to 1986, the company operated as a partnership between the two brothers, performing small and medium size jobs.  The company's primary focus was landscaping residential and small commercial accounts.  One of the highlights was the full landscaping of a twenty-five acre condominium complex.  This was the largest job undertaken by the company to date.  This job not only opened new doors, but helped the brothers better understand the landscaping industry.

By 1986, it became apparent the partnership structure was no longer serving the best interests of the company.  To open new avenues of revenue, Sybert Landscaping became a corporation and installed one of the brother's wives, Donna, as the president and owner.  Donna Sybert created a new maintenance division with a single professional grade thirty-six inch SCAG walk-behind mower and a twenty-inch push mower.  Soon the single walk-behind was replaced with larger equipment to meet the needs of over 100 maintenance accounts ranging from residential to large-scale commercial buildings.

Sybert Group serves the suburbs of Chicago, but not limited to: 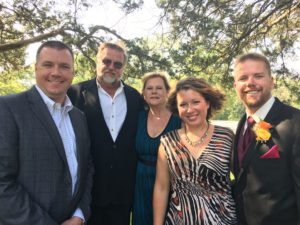